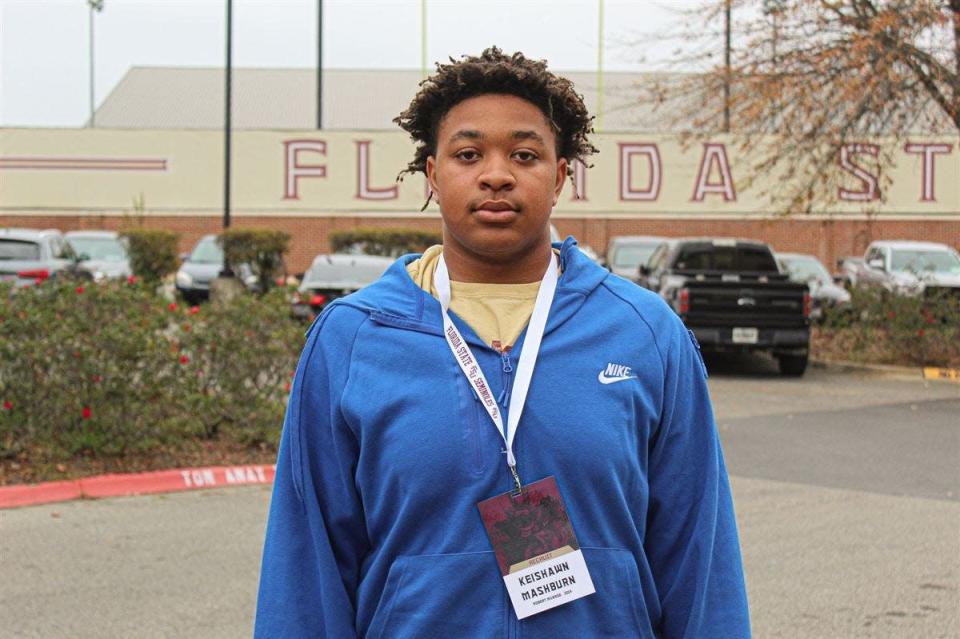 Florida State has added a local commit to its 2024 recruiting class.

FSU was the first reported offer for Mashburn, who currently stands at 6-foot-2, 280 pounds, back in January. He’s since taken three visits to FSU’s campus in January, March and for a football camp in June.

A number of other schools came in with offers after FSU including Oregon, West Virginia, Georgia Tech, Mississippi State and Ole Miss. However, the offer to stay close to home and play for the Seminoles was too tempting for Mashburn to pass up.

As a sophomore at Munroe, Mashburn had 46 tackles and five sacks on defense. On offense, he played some on the offensive line and also carried the ball 36 times for 108 yards with seven touchdowns. He also averaged 6.9 points and 5.4 rebounds per game this past spring for the Munroe basketball team.

He won’t overlap with all of them but Mashburn will join a growing presence of local players suiting up for the Seminoles should he enroll.

Linebacker Amari Gainer is from Tallahassee while defensive back Travis Jay and offensive lineman Zane Herring come from Madison County, about an hour east of Tallahassee.

Mashburn is not yet ranked by 247Sports and Rivals, but that should change in the near future after his recruitment has blown up over the last few months.

He’s the fifth member of FSU’s 2024 class, which currently ranks as the second best in the country, albeit early in the process.

FSU’s 2024 class is currently highlighted by a pair of top-100 recruits in running back Kameron Davis and safety Jordan Pride.

No one covers the ‘Noles like the Tallahassee Democrat. Subscribe using the link at the top of the page and never miss a moment.