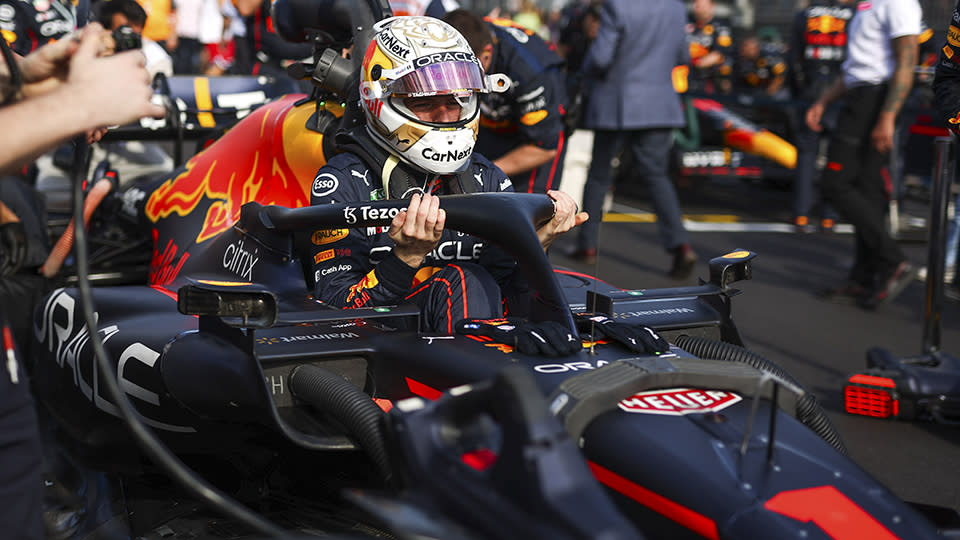 If you love the race track, you may want to know how to watch Formula One races in the US online for free to see who win this year’s world championship.

The FIA Formula One World Championship started in 1960 as a motor racing championship for Formula One cars, open-wheel, single-seater formula racing cars sanctioned by the Fédération Internationale de l’Automobile (FIA). (The word “formula” refers to the set of rules each racing car must follow.) Each Formula One season consists of a series of races, known as Grands Prix, which are held across the world on both race circuits and closed public roads.

In an interview with Robb Report in 2022, Formula One Group Stefano Domenicali explained how Formula One races have started attracting younger fans over recent years. “That is something we are already seeing, especially with our approach through social media and e-gaming. The Netflix series Drive To Survive has captured [interest] with a huge new—and younger—audience,” he said. He continued, “We are already seeing changes that weren’t expected in the short term, such as younger fans at the grand prix. To cater for this new type of audience, F1 wants to make the weekends a more attractive spectacle, with music events and a more festival-like atmosphere.”

He also explained the similarities in running Formula One as a brand and running a Formula One team. “Both are hard, for sure. The magnitude of this business is challenging and the responsibility is big. I don’t want to say this job is difficult, but it is complex,” he said. “There are a lot of variables to be taken into consideration, especially making decisions from both a tactical and strategic position. There is much to manage, including the interests of the fans, the teams and the shareholders. The opportunity we have next year to link everything together is a big chance to grow the sport.”

So where can fans stream Formula One races? Read on for how to watch Formula One in the US online for free, so you didn’t miss a moment of the fast-paced action.

How to watch Formula One races in the US

The TV Pro plan allows subscribers to access everything the TV Access plan has to offer (including its on-demand library), as well as the ability to live stream every track session for all Grand Prix races, access to all driver onboard cameras and team radios, and live stream access to Formula One, Formula Two, Formula Three and Porsche Supercup races. The TV Pro plan costs $9.99 per month or $79.99 per year, which saves users around $40 or 33 percent from the monthly price. Both plans also full access to live timing features, such as live leaderboard data, real time telemetry, live driver maps, tyre usage history and team radio clips.

Watch Formula One on Sling TV $35+

How can one watch Formula races online for free? Read on for the tips and tricks to stream F1 events at no cost.

Sling TV’s free trial is an excellent option to watch Formula One for cheap. Sling offers two plans: Sling Blue and Sling Orange. (Sling Blue is more suited for news and entertainment, while Sling Orange is better for sports and family.) Both include a three-day free trial and cost $35 per month after the trial ends, if one chooses to subscribe. Both channels also offer 50 hours of DVR, however, only Sling Orange offers ESPN and ESPN 2 to watch Formula One races.

The best way to watch Formula One online for free is with Fubo TV’s free trial. Fubo TV offers a seven-day free trial, which is more than enough time to stream at least one Formula One race. Along with FOX, Fubo TV offers more than 100 channels, including NBC, CNN and CBS, at least 250 hour of DVR and a streaming library with hundreds of hours of TV shows and movies. After the free trial ends, Fubo TV costs $64.99 per month, so be sure to cancel it before you’re charged.

Who are the Formula One 2022 teams? See below for the constructors and drivers competing in the 2022 FIA Formula One World Championship.

What is the Formula One 2022 schedule?

What is the Formula One 2022 schedule? The 2022 FIA Formula One World Championship consists of 23 events. See below for the full schedule.

Formula One races are available to stream on ESPN and ESPN 2 on Sling TV. Here’s how to watch them for free.

Our mission at STYLECASTER is to bring style to the people, and we only feature products we think you’ll love as much as we do. Please note that if you purchase something by clicking on a link within this story, we may receive a small commission of the sale.