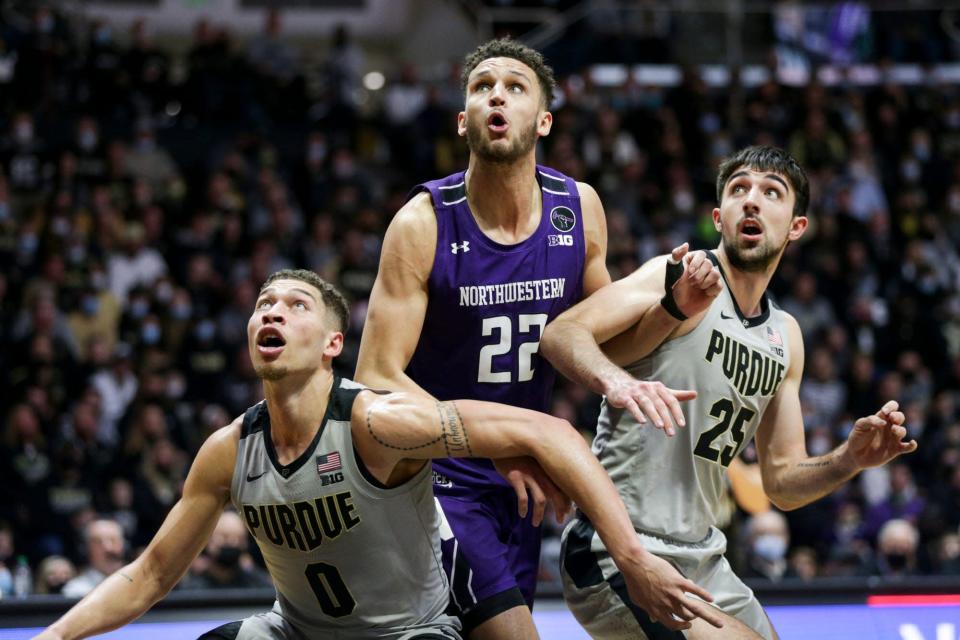 North Carolina basketball landed Northwestern graduate transfer Pete Nance on Saturday, the final piece for an already loaded roster that will give the Tar Heels one of the most experienced lineups in college basketball.

“Northwestern, thank you for everything,” Nance wrote in a social media post announcing his commitment to North Carolina. “Super excited about the next steps.”

The 6-foot-10 Nance, who led Northwestern in scoring (14.6 points per game) and rebounding (6.5 per game) last season, took an official visit to UNC’s campus in Chapel Hill on Thursday and Friday.

North Carolina has had a scholarship available since early May — basketball teams on the Division I level are allotted 13 scholarships — when reserve guard Kerwin Walton entered the NCAA transfer portal. Walton picked Texas Tech as his transfer destination.

Nance possesses a blend of size and skill that figures to make him a useful fit for the well-stocked Tar Heels, an experienced group steered by returning starters Armando Bacot, Caleb Love, RJ Davis and Leaky Black, that will carry ACC title and national championship aspirations into next season.

Add Nance to UNC’s Final Four core — plugging in alongside the 6-10 Bacot in the frontcourt, with the 6-8 Black operating on the wing and guards Love and Davis on the perimeter — and North Carolina could feature a lineup that has played a combined 465 college games with 383 starts.

Nance maintained his college eligibility while recently going through the NBA pre-draft process, which allows prospects to work out and meet with NBA clubs for the purpose of gaining feedback on their professional standing. He pulled out of NBA Draft consideration before the June 1 deadline.

“We’re always actively looking to make our team better,” Tar Heels coach Hubert Davis said Wednesday, while meeting with reporters at the Smith Center. “Not just this summer, always. We’re always looking to improve our team. But on the other hand, I really like where our team is right now. We’ve got our full team here on campus.”

Nance played four seasons at Northwestern, a Big Ten Conference program, and shot 49.7% from the field last season, sinking 45.2% from beyond the 3-point arc on 93 attempts. The Wildcats finished 15-16 overall and 7-13 in the Big Ten. He also topped Northwestern in blocked shots (1.1 per game).

Nance entered the portal as a graduate transfer. At the NBA G League Elite Camp last month in Chicago, he competed against other draft hopefuls, including former North Carolina forward Brady Manek, who authored a transfer portal success story last season as the Tar Heels reached the Final Four and the brink of claiming the NCAA title.

UNC missed on Baylor transfer target Matthew Mayer three weeks ago. A 6-9 wing forward, Mayer picked Illinois on May 27 for his transfer destination, ahead of North Carolina, Memphis and Texas Tech.

“We have great chemistry,” Hubert Davis said Wednesday. “One of the things I always say is, I want good basketball players, but they’ve got to be good people from good families. So, yes, you have to be a good basketball player, but it has to fit in our locker room, because we have tremendous chemistry, and I never want to try disrupt that.”

Adam Smith is a sports reporter for the Burlington Times-News and USA TODAY Network. You can reach him by email at [email protected] or @adam_smithTN on Twitter.

Take advantage of our $1 for 6 months sale on digital subscriptions. For special offers, click here.