Picture this: a network of satellites zooming through space, in orbit high above Planet Figure Skating. They receive signals from “stars” on the icy surface below. The satellites then process these signals and transmit back key information to the surface, which is used by the stars to optimize and realize their best performance.

Kelly Quipp is one of the satellites. The Lead Exercise Physiologist at Canadian Sport Institute (CSI) Calgary and national Integrated Support Team (IST) Lead at Skate 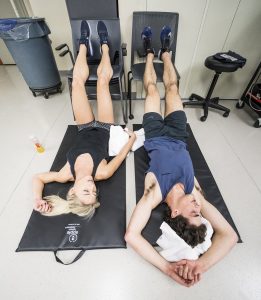 Figure skaters Piper Gilles and Paul Poirier undergo Maximum aerobic power (MAP) testing at the Canadian Sport Institute Calgary sport performance lab in Calgary, Alberta on October 1, 2018. They followed up testing with a Normatec session.    Canada heads a team of experts from many fields, including the Canadian Olympic and Paralympic Sport Institute (COPSI) Network, who work together to constantly assess, monitor, and enhance performance.

The stars, of course, are Canada’s best and brightest figure skaters, all vying for Olympic glory, passionately and persistently carving their blades into the ice with precision and artistry.

The cosmic link between the satellites and the stars is relatively new. “This is a sport untouched by sport science,” remarks Mike Slipchuk, High Performance Director at Skate Canada.  “We are bringing in new concepts, ideas and methods with things like strength and conditioning that we haven’t used in the past, different ways of training.”

In a sport that is so much about art, launching the national IST has helped to bring science to the fore.  “It was an opportunity to leverage experts,” confirms Slipchuk. “And how we can make it work in figure skating.”

It has been a slow, but effective development at Skate Canada. Not only is the sport decentralized across the country, every skater is like a planet unto themselves, each with its own coach and, in many cases, IST. “There are different ways to get athletes to their optimal performance, it’s not a one-size-fits-all approach,” explains Slipchuk. “It’s tailored to individual athletes and events.”

Training primarily out of the Canadian Sport Institute Ontario (CSIO) in Toronto and Institut national du sport du Québec in Montréal, all of Skate Canada’s stars rely on a vast and connected network of satellites to maximize every aspect of their preparation.

The key attribute is the constant relaying of signals between local and national IST members, like therapists, nutritionists, physicians, strength and conditioning coaches, and others, who support the team with a wide array of tools, including initiatives like the injury and illness monitoring system implemented by Quipp, where skaters provide weekly health updates.

The strong core of advisors that make up the national IST fill many roles, in some cases as full-fledged IST members with direct impacts on a skater’s training and performance, in others as advisors who provide support more peripherally.  “We’re like central command,” says Quipp. “Athletes and coaches know we’re here to support them, we’re not going to bother them if they have a good thing going.” 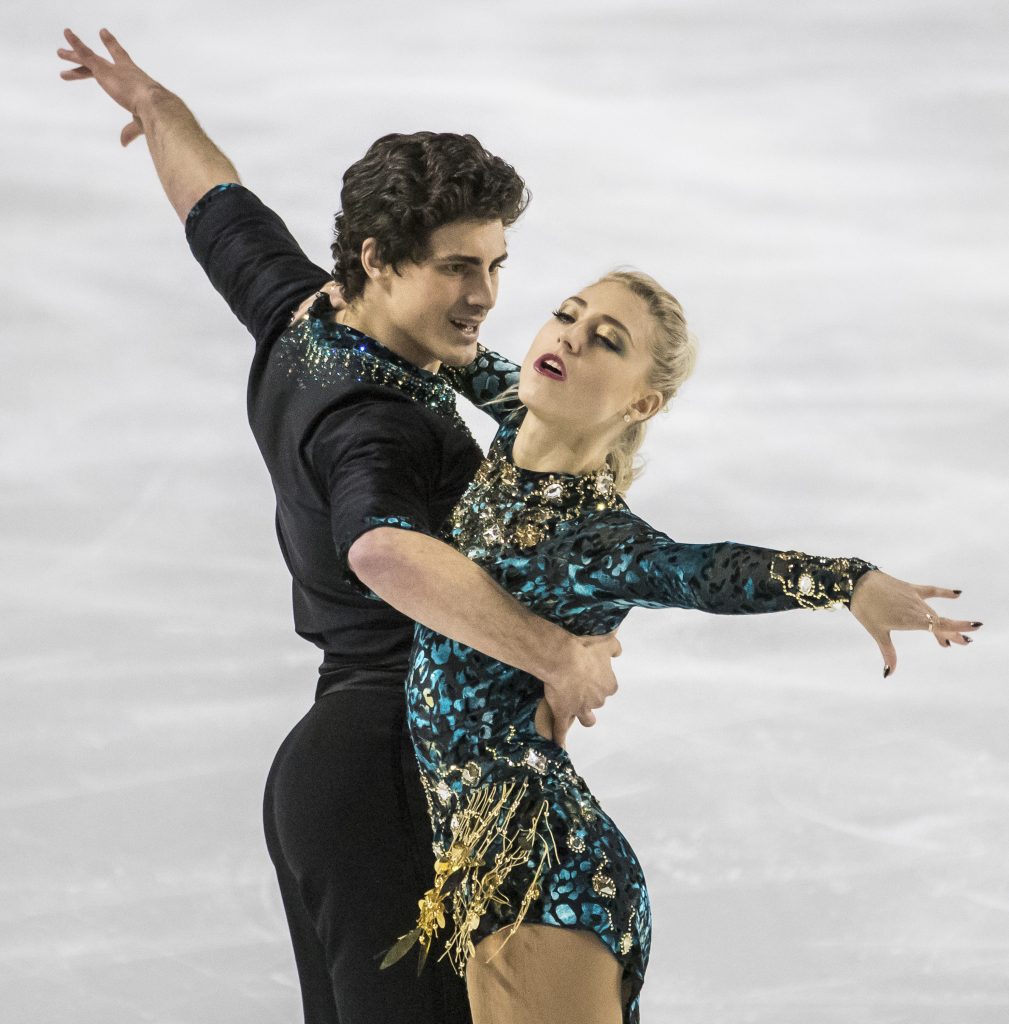 Piper Gilles, Toronto, ON, and Paul Poirier, of Unionville, ON, during the dance short program at the Canadian Tire National Skating Championships, and team trials for the Olympic Games in PyeongChang, at the Doug Mitchell Thunderbird Sports Centre, UBC, in Vancouver, BC, on January 12, 2018.

Take Paul Poirier and Piper Gilles, Canada’s top ice dance duo: The Olympic-bound bronze medallists from the 2021 World Figure Skating Championships have built up their own bespoke IST, comprised of experts in many fields, some of whom are independent providers and others that are part of the COPSI Network.

The pair worked closely with Quipp starting in September 2019, where she advised on their training, both on and off ice, helping with testing and implementing optimal training sequences. “They learned a lot from that process,” says Quipp.  When the pandemic hit, Gilles and Poirier felt comfortable taking the reins and Quipp now helps primarily with testing, results and relaying any issues to the local team.

A key member of that local IST is Meghan Buttle, Physiotherapist at CSIO and working with Skate Canada and as the IST Lead at Skate Ontario, and a former ice dancer.  Buttle has been the pair’s main therapist since 2016 and sees herself as the ‘eyes on the ground’ for Poirier and Gilles.  “Paul and Piper are the drivers of their own team,” she says. “But I can provide additional insight by monitoring and sharing signals with the Network when necessary.”

Nick Robinson, an independent strength and conditioning coach, has also been working with Gilles and Poirier since 2016.  He says what sets the pair apart is their experience, maturity and focus.  “They work seamlessly together and with their team. They are very capable of relaying important issues and it’s rare that anything gets too bad,” he says.

As one of the many satellites in constant orbit around Planet Figure Skating, those are just the kinds of signals Mike Slipchuk wants to receive.  “We just want to make sure everyone has what they need.”

Once that happens – once all those signals have been received and processed and transmitted back – the lights go dark and the satellites know it’s time to zoom out and let those stars shine.

About the COPSI Network